“Whilst we welcome some of the positive comments regarding E10 contained within this document, and the ultimate desire to see it introduced, we are immensely frustrated by the ongoing delays that this process causes. The overriding sense is one of the Government ‘kicking the can down the road’, an approach which puts our entire industry at risk, along with the thousands of jobs and British farms that depend upon us.

“The DfT has investigated these options multiple times, through working groups, Select Committee inquiries, consultations and private meetings with industry, and has answers to many of these questions – primarily recommending the mandated introduction of E10. Yet another call for evidence, followed by another consultation, only adds to the industry’s precarious position and calls into question whether the Government is taking the advice and the ultimate aim of cleaning up transport seriously.

“We also disagree with the document’s assertion that E10’s impact on air quality is ‘negligible’ – countless recent studies have shown a direct correlation between increasing ethanol levels and reducing pollutants such as particulates, as well as suggesting that E10 could reduce NOx by up to 34%, particulate matter and nanoparticles by up to 96%, and carcinogens by around 7%.

“We reject the assumption that older cars are predominantly owned by poorer people. The industry’s own research suggests the opposite to be the case – older vehicles are disproportionately located in some of the richest parts of the country whilst some of the poorest areas have a higher absolute ownership of newer vehicles. This means that any potential cost impact of E10 would primarily be carried by those with the broadest shoulders and the economic means to absorb that impact.” 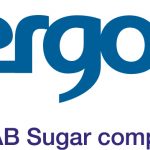