The conclusions of five years of field research, released today, show that the greenhouse gas (GHG) emissions produced by the UK’s arable sector are significantly lower than previously thought. The report is positive news for the UK’s renewable fuels industry and for the national effort to meet GHG emissions reductions targets.

Previous estimates have overstated the greenhouse gases emitted from growing arable crops in the UK by about 15%. This means that renewable fuels produced from UK feed wheat and sugar beet actually have an even lower carbon footprint compared to fossil diesel and petrol.

The revelations provided by the Minimising Nitrous Oxide (MIN-NO) report are a welcome boost for the UK’s renewable fuels industry and the nation’s arable farmers. The study, published on the website of the AHDB after five years of intensive field research, was a collaborative project between 23 organizations, including the Department for Food and Rural Affairs, the Renewable Energy Association (REA), the NFU and AHDB, Vivergo Fuels Ltd., and British Sugar.

30% of the renewable liquid transport fuels used in the UK comes from UK feedstocks with an average carbon saving currently of c 65% compared to fossil fuels. The MIN-NO report demonstrates that the actual level of nitrous oxide, a potent greenhouse gas emitted from soil, is half the current theoretical value. This means, for example, that UK-produced bioethanol used to fuel petrol cars is even cleaner than current calculations suggest.

Key findings of the report include:

These key findings will impact reporting of GHG emissions by the UK to international authorities.

“This major study proves that our domestically produced renewable fuels have a great GHG reduction benefit. Add to this the valuable high protein animal feed co-products that go back to livestock farmers and you have a fantastic environmental story. We should be proud of our achievements.” 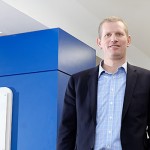