Vivergo Fuels, as a member of The European Renewable Ethanol Association (ePure) welcomes the finding of a UN IPCC report titled ‘Bioenergy and climate change mitigation: an assessment’ which was released this week as part of the IPCC 5th Assessment report.

The report confirms that bioenergy has a massively position role to play in society but more research is needed to realise its full potential.

The report concludes that existing uncertainties about bioenergy should not preclude society from pursuing beneficial bioenergy options that are available.

The publication of the IPCC report comes as the EU considers the future of the EU biofuels policy within its future climate and energy policy framework up to 2030. EU Policy-makers must not ignore the benefits offered by sustainable biofuels because EU transport emissions have risen by 36% since 1990 levels are now responsible for 26% of Europe’s total GHG emissions. Sustainable biofuels are the only cost-effective tool that is available in the short-medium term to reduce these transport emissions. Currently EU-produced ethanol reduces GHG emissions by up to 90% compared to fossil fuels, and still saves significant GHG emission even when scientifically unreliable ILUC emissions are accounted.

The IPCC report finds that estimated ILUC emissions are “highly uncertain, unobservable, unverifiable, and dependent on assumed policy, economic contexts and inputs used in the modelling”. The report confirms that measures to address ILUC must incorporate the impacts of ILUC prevention or mitigation strategies, including the impact of forest protection measures, policies and investments to improve agricultural productivity, double cropping, and the use of degraded and marginal lands.

The report also crucially recognises that land use emissions can be reduced through animal feed co-products of biofuels that substitute the need for protein crops imports for animal feed production. These nuances are unfortunately missing from the current debate about ILUC in Europe. The IPCC’s finding are in line with another substantial report published in 2013 by the UN Food and Agriculture organisation (FAO) which revealed that the use of animal feed co-products from EU biofuels production reduces global land use by about 3 million hectares, an area the size of Belgium, due to the yields of biofuel crops grown in the EU being substantially higher than those of soybean in South America.

The FAO report found that these biofuel co-products generate substantial GHG savings by reducing land use change, due to soybean meal displacement. In 2013 EU-produced ethanol co-produced enough animal feed to free up nearly 1 million hectares of agricultural land outside of Europe. The IPCC report also confirms the beneficial role of bioenergy in stimulating economic development by raising and diversifying farm incomes and generating rural employment and in providing cheap alternatives for mitigating climate change, particularly in rural areas of developing countries.

The report found that scaling up clean cookstove initiatives is not only cost-effective but could save 2 million lives a year and reduce GHG emissions. CleanStar Mozambique, an example of such a project, uses ethanol as a clean fuel replacement for charcoal leading to multiple benefits for the local community such as increased access to energy and improved air quality, a benefit of ethanol recognised in the IPCC report. “Europe must address its transport emissions if it is to be serious about being a climate leader. Sustainable biofuels, such as EU-produced ethanol, are a low hanging fruit in the fight against climate change and must be supported through long term and ambitious decarbonisation policies for transport” says Rob Vierhout, Secretary General, ePure 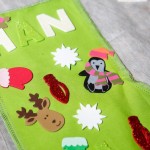 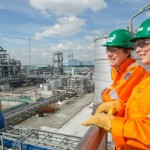