The Angels win in London

The Hull 2017 Angels Business Consortium was presented with the A&B New Sponsorship Award after raising £374,000 in sponsorship as Hull successfully campaigned to become a UK City of Culture.

Samsung and the British Museum were also recognised at the awards ceremony, which was hosted by BFI Southbank and attended by 400 leaders from the worlds of business and the arts.  They won the BP A&B Long term partnership award after agreeing a five-year deal in 2009 to offer digital learning opportunities to schools and families within the British Museum.

Culture Secretary Sajid Javid said “The Winners of these awards are innovative partnerships that are not only inspiring culture success, but unlocking the huge economic potential of the UK’s art and culture sectors too.  These winning partnerships are shining examples of the success that arts and business collaborations can bring to projects across the country.

What the judges said: “The consortium was a true example of how collaboration can create a strong and sustainable arts programme for the community.” 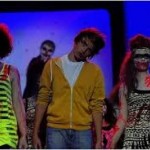 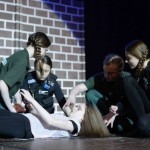